Since David and Henry were born, people have thought they were twins.  They are twelve months and 21 days apart.  We literally get asked almost every time we go out if they're twins.  It happens a little less frequently now, but it's still a LOT.  I couldn't understand why people used to ask us when they were little, but looking back at photos like this, I so, so get it now! 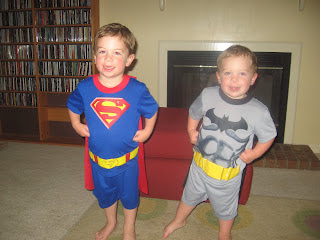 David is 3 and Henry is 2 in this photo.
Jack and Katie will be virtual twins. What are virtual twins?  "Virtual twins are children who are raised together, but have no genetic relationship.  They are also very close to each in age, with most researchers defining virtual twins as children less than nine months apart in age.  They can come into a family in a wide variety of ways, and they are a topic of interest to psychologists and other researchers, as twins can also be created through adoption..  For people interested in the nature vs. nurture argument, virtual twins can provide some interesting food for thought.  Researchers who believe that environment plays a larger role than genetics would expect virtual twins to be very similar, since they are raised in the same environment.  Studies show they have fewer similarities than true genetic siblings."
Jack and Katie are just six months apart in age.  (Katie is six months older, chronologically.  Obviously, given her Down syndrome, developmentally this is not the case.) 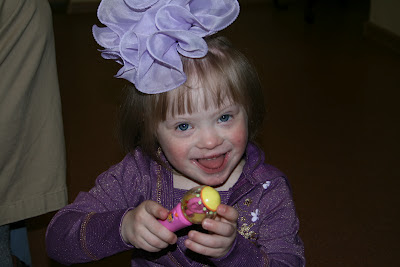 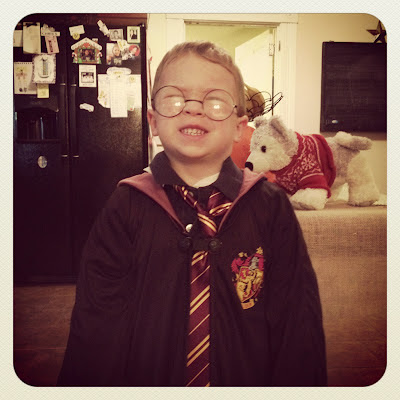 They are precisely the same age in sass and spunk.  Jack has waited for a long time to have someone who is his.  David and Henry are a package deal - they do everything together, go everywhere together, and Jack often feels left out I think.  He is fully convinced that Katie is HIS sister.  He calls her "my little girl", and I am so excited for him to have her, and vice versa.  They will be in the same grade in school because of where their birthdays fall, and for all intents and purposes, they will be twins.  For six months of the year, they will be the same age.  And I am quite certain we will have the "Are they twins?" question. . . and I'm so happy to hear it!
Posted by Unknown at 08:55