We celebrated David's 8th birthday party yesterday with his friends.  We had a great time!  He had a loosely themed Lego Ninjago birthday party. 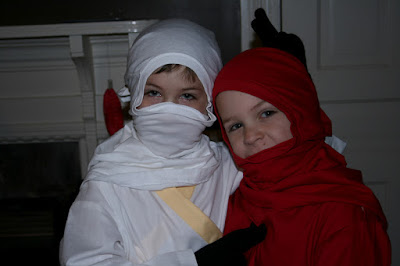 Gigi made Ninjago costumes.  And they wore them for about 5 minutes.  Before the party started. 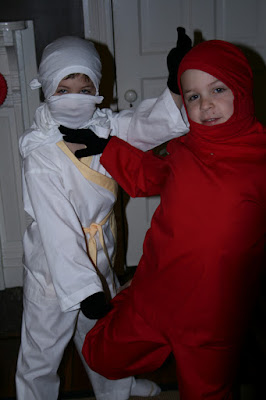 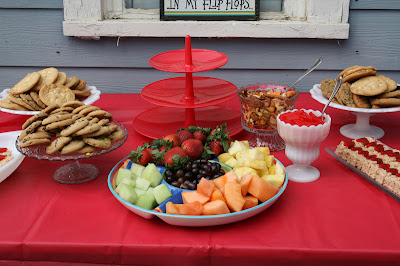 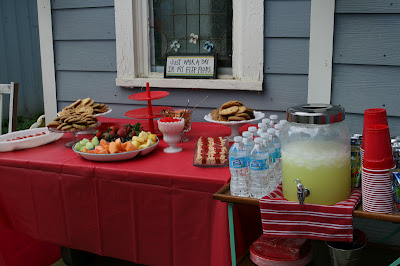 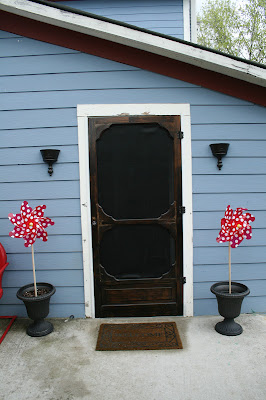 These huge pinwheels were my favorite decoration, and they had nothing to do with our "theme". 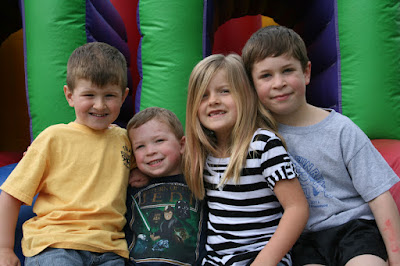 We rented a bounce obstacle course, which was well worth the money. 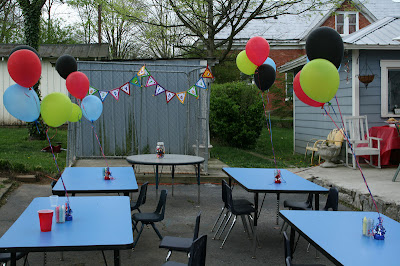 We set up our tables, blew up some balloons, had some sidewalk chalk, and hung a banner. 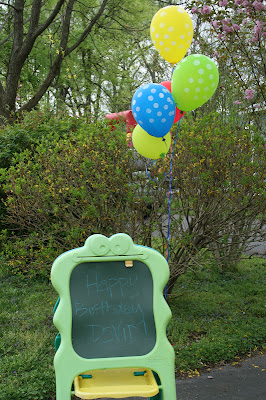 We put our easel by the road with some balloons.  I seriously want to do that for everyone's birthday until they are 40. 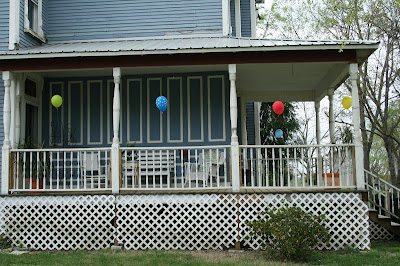 We tied some balloons to our porch. 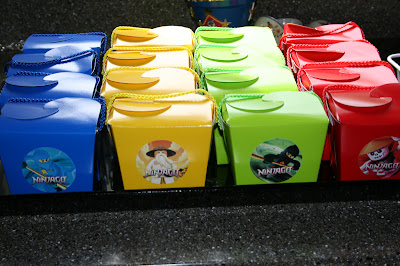 We had Ninjago take out boxes for party favors.  They had fortune cookies, stickers, tattoos, and airheads. 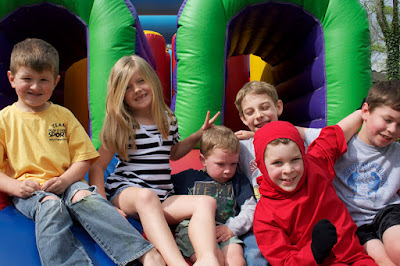 This is our neighborhood gang. 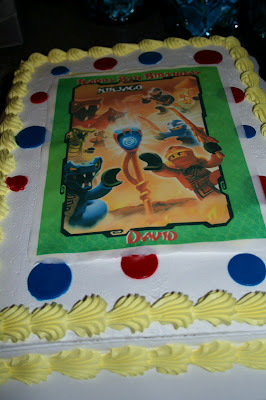 This was David's cake request. .  it's his first store bought cake ever.  And I want it to be the last. 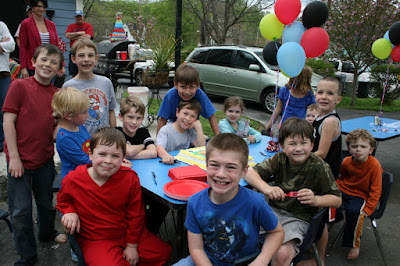 He had a great group of friends over, and I think everyone had a lot of fun! 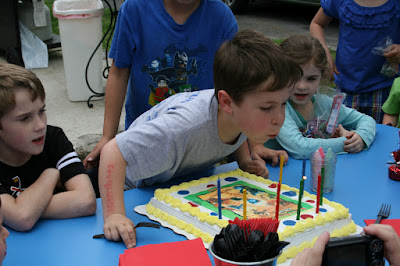 He wasted no time blowing out his candles 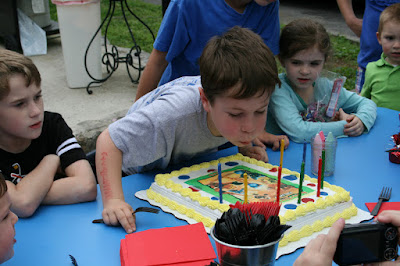 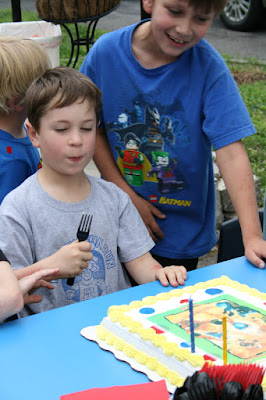 Thankfully the rain stayed away until just after the party was over. 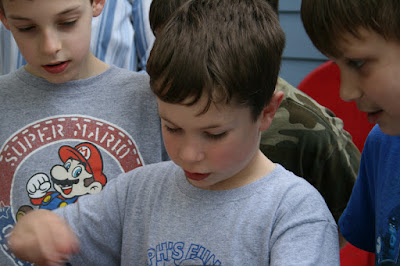