Muffins With My Early Riser 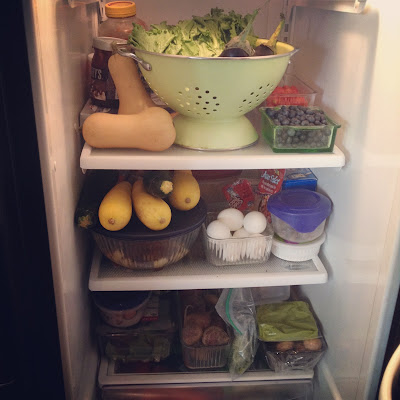 We went to the farmer's market yesterday, and this is what our refrigerator looks like now.  I know if I don't get a plan for those veggies and act on it today, we'll have a bunch of wilted, sad looking produce by the end of the week.  Trust me - we've been down that wasteful road before.  I made a list yesterday of what I want to make with the veggies this week.  When Jack got up at {4:30} this morning saying his ear hurt, after some snuggles, Tylenol, ear drops, and just pleading that he go back to bed, I realized we were up for the day.  While I'm normally a very early riser, 4:30 is not my idea of a good time on Sunday morning....We decided to make the best of our time and make some muffins for breakfast. 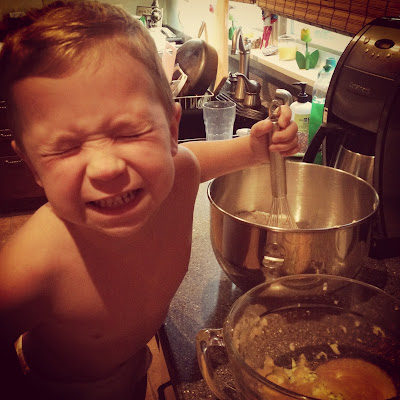 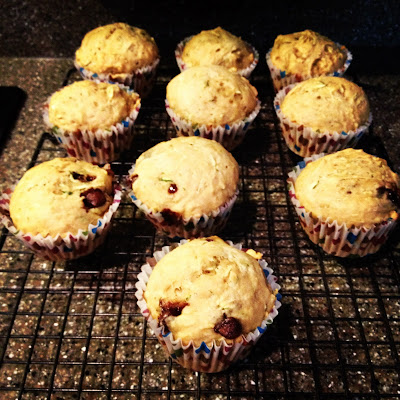 They're very dense muffins, and I would suggest spraying the muffin liner with some cooking spray or you'll end up with some of your muffin stuck in the liner.  The recipe made exactly a dozen muffins, and I filled the pan using a 1/4 cup measuring cup. 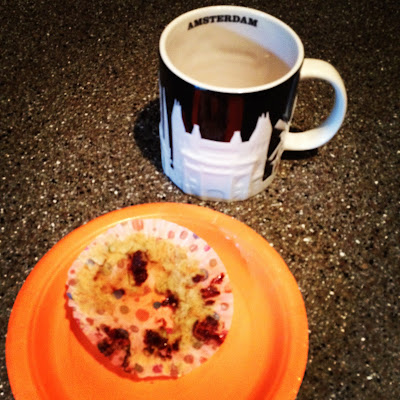 I had mine with a cup of coffee.  (Using my favorite coffee mug EVER, which I got at the Starbucks in Amsterdam.  It's the perfect size, and I get mad if it's dirty!)
Posted by Unknown at 06:51