Someone Got New Glasses!

Two years ago, David got glasses.  (Which was also the start of our diagnosis of his Tourette's . . . he had an eye tick that I thought was because he needed glasses.  He did, but it had nothing to do with the tick!)  This is what he looked like when he got those glasses. 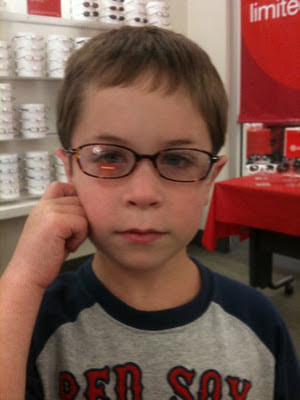 We went today for a checkup to see if his prescription had changed. 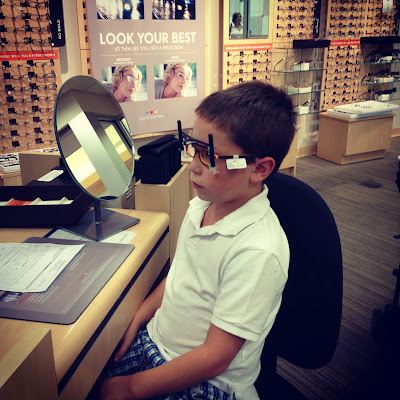 It's changed only slightly, but the frequency with which he has to wear the glasses has changed.  To all the time, with the exception of playing outside.  (Or lunch at school, but I really feel like he should just keep them on!)
They eye doctor asked if I ever notice his eye crossing in.  She said that it takes a lot of work for him to focus without the glasses, and that she's surprised that it doesn't cross when he's tired.  I was shocked!  His prescription isn't that strong, but apparently he needs them more than we realized.  He wasn't very excited about the "wear them all the time" business..... 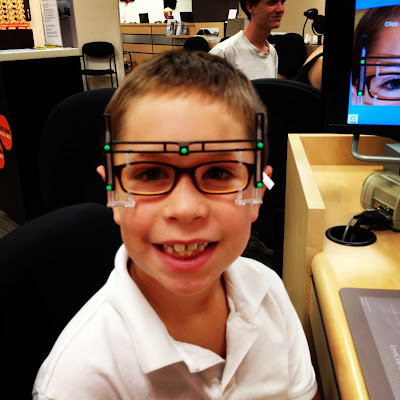 However, once we picked them up and he put them on, the first thing he said as he looked around the store was, "OH MY GOSH!  Everything looks so BIG!"  Well.  I guess we should have rechecked sooner. . . He kept saying, "Look through these!  Is this how you see things?!"  He was so shocked at how "big and clear" everything looked, and he kept looking over them to compare.  Sweet thing has been walking around in a fog!
He picked his new glasses himself, and he looks quite handsome in them I think! 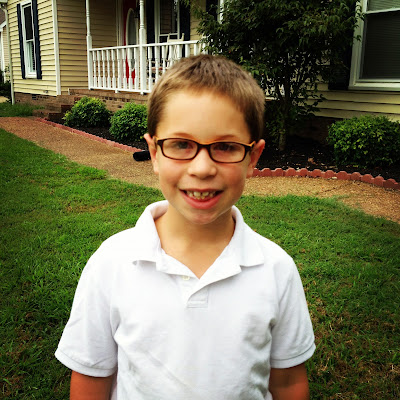