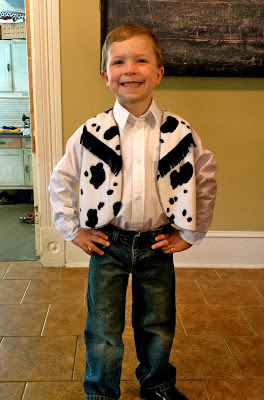 I'm so behind in my blogging!  Jack had his preschool graduation last month.  His school does a Hee Haw themed performance with their graduation, and it was really cute.  Seriously?  How adorable is my little cowboy??  I had to buy him those jeans to wear, because he didn't own a pair of jeans.  Are we really American? 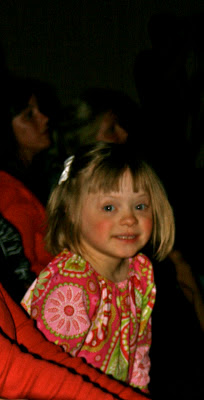 Lady K very patiently waited and watched the show.  It was long, and I was a little concerned with how she'd do, but she was great!  She was so proud of Jack, clapping for him and yelling his name. 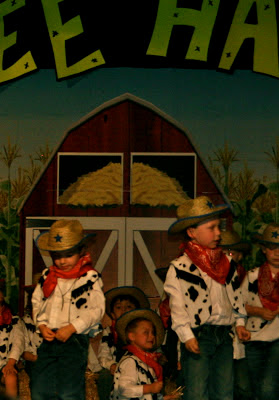 Jack had a couple of little performances, and he had to do some dancing.  He danced his little heart out and really knew the moves.  Jack is going to be quite a performer, I predict! 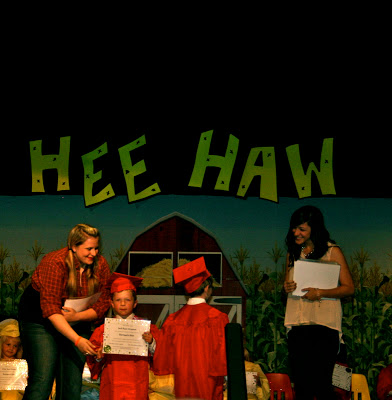 For real?  Could you not eat him with a damn spoon in that cap and gown?  I had a very difficult time not squeezing him until his cute little head just popped off. 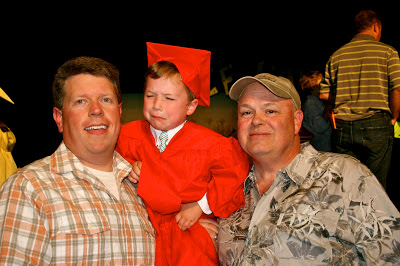 Excuse me, but this is hilarious.  {Not hilarious that he's in pain. . . the look on his face.}  After the ceremony he kept saying that his leg hurt, but pointing to his crotch.  I think he pulled a groin muscle with all of his dancing!! 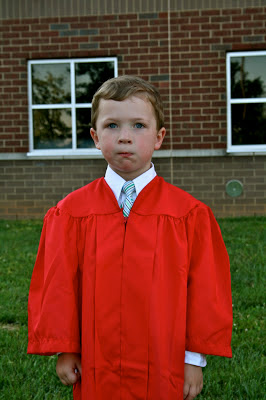 No this is not a rare moment of seriousness for Jack.  His mouth was full of bubble gum.  He's so handsome.  And I predict this is what he will look like at his high school graduation.  I just hope he's not so tiny then . . . 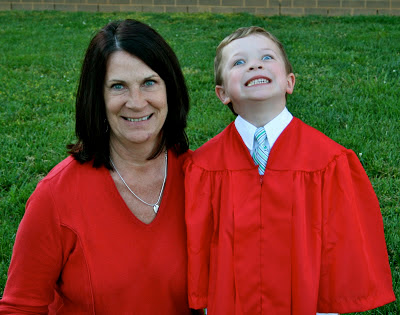 He was (clearly) very excited to be with Gigi after the ceremony. 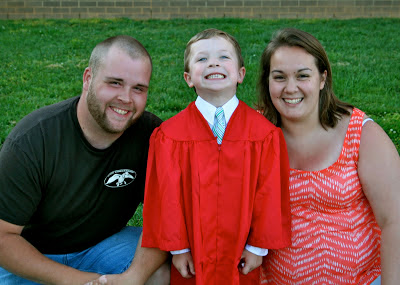 Matt and Danielle (with whom Jack is not so mildly obsessed) were in town and came to graduation too.  Jack was so happy they were there! 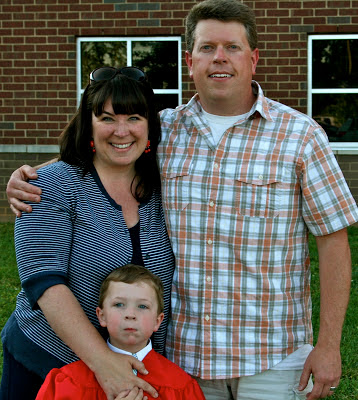 I can't believe this baby will be in Kindergarten! 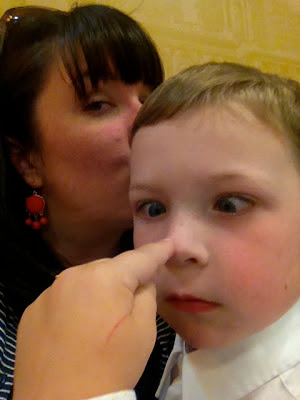 After his graduation, the big boys had a sleepover at Gigi's house.  Jack and Katie got to go to dinner at Jack's favorite restaurant. . . Subway.  Yes, Subway.  While we were there, Jack perfected his eye crossing technique.  It's clearly very complex. 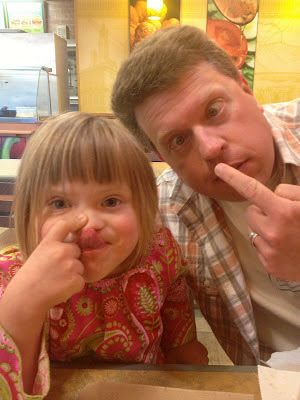 Chris and Katie practiced too.  Katie adds a little extra flair with the tongue to the nose business.  You're welcome.
Happy graduation Jack Jack!
Posted by Unknown at 03:22