All of our boys are BIG into Willy Wonka right now, thanks to David's play.  Originally, Henry wanted to have a pottery painting party.  He let me know five days before his birthday, as we were in New York ready to board a plane home, that he wanted a Willy Wonka party at our house.  Okaaaaaay.  Well we had one, and it was fantastic. 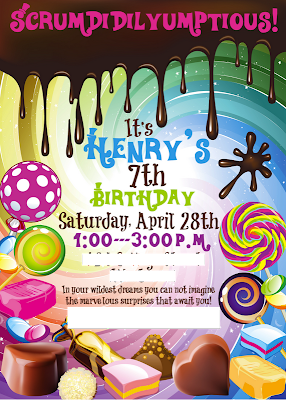 I ordered his invitations on Etsy from CuttiPutti - she has lots of cute stuff.  I just printed the invitations at Walgreens. 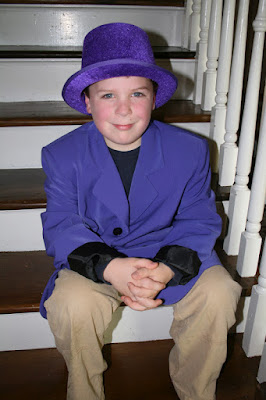 Henry was determined he was going to dress like Willy Wonka.  We got his jacket at Goodwill, and his hat at Party City.  He. Was. Thrilled. 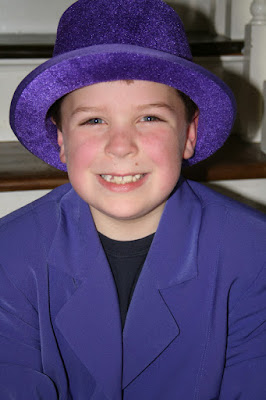 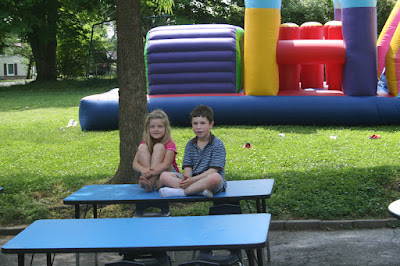 Our neighbors came over before the party to play on the bounce house.  David and Ava had a long chat on the tables.  I'm quite certain he has a bit of a crush on Miss A. 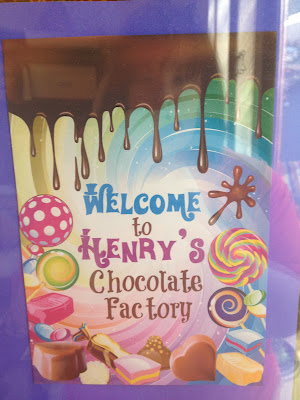 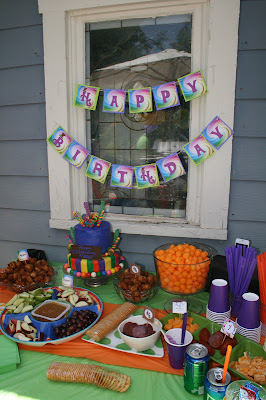 We set up a little buffet on the patio.  If I put cheese balls near apple slices, it's almost like being healthy, right? 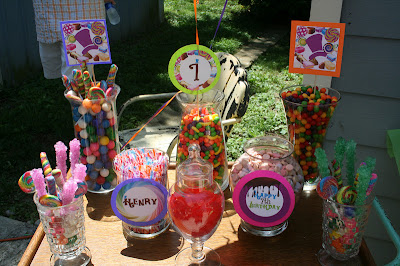 We had a candy cart, which was everyone's favorite.  The kids filled bags with candy when they left.  They didn't take nearly enough, because we have a ton left, and I've had to hide it from the boys. 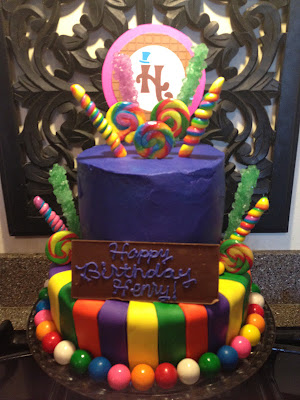 I made Henry's cake.  It was vanilla on the top, with strawberry filling and chocolate on the bottom.  And lots of candy.  I wrote "Happy Birthday Henry" on a chocolate bar, which was oddly his favorite part. 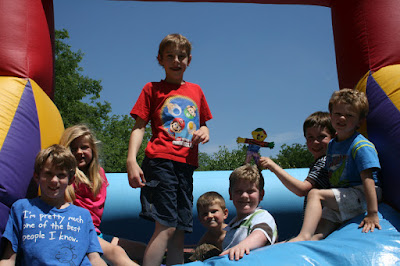 The bounce obstacle course was a hit.  Do you see Flat Stanley in that picture??  We have him visiting from Massachusetts.  I have big plans for Flat Stanley - he's going to Europe with me! 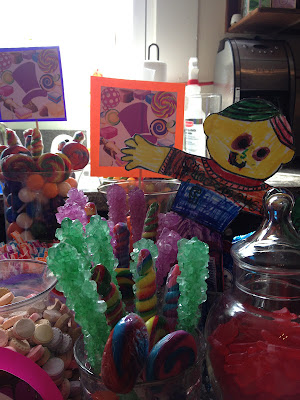 Even Flat Stanley ate too much candy. 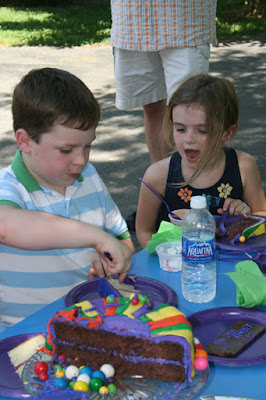 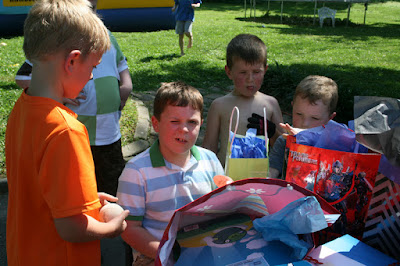 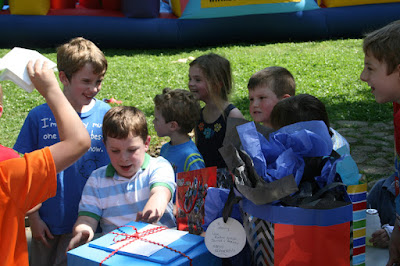 We had a great day.  The weather was perfect, we had just the right number of guests, and Henry said it was his best weekend ever.  What more could we want?!
Posted by Unknown at 20:13