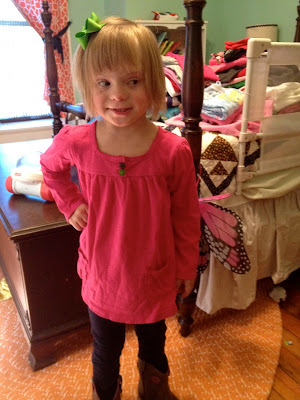 1.  Katie has been home for four months. 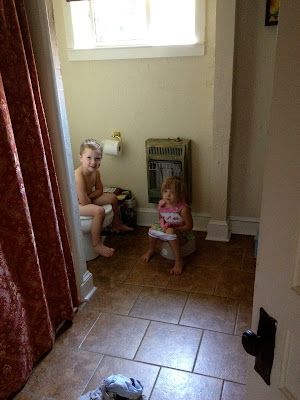 2.  She's changed a little.
Or entirely.
3.  She uses the potty now, almost completely independently.
And I often feel we should have stalls put into the bathroom. 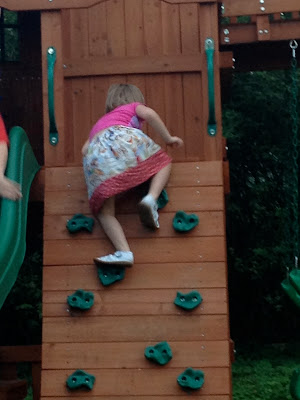 4.  She can do anything the boys can do.  Or so she thinks.  And if she *can't* do it?  She's going to try and try until someone makes her stop.  This is one determined child. 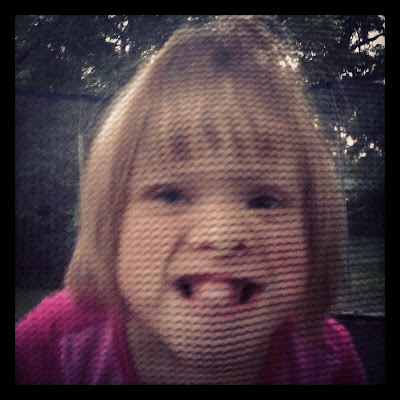 5.  Katie weighs 34 pounds now and has grown almost 2 inches since she came home. 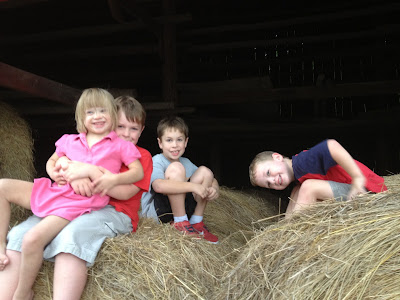 6.  She understands e.v.e.r.y.t.h.i.n.g. we say to her.  I think most people we knew were most concerned about the language issue - that she "spoke" Russian and not English.  That has been absolutely no issue.  She never spoke Russian, and we certainly don't speak Russian, so transitioning to English has been easy peasy for her.
7.  She says about 30-40 words.  Starting today, she will be with a new speech therapist and will go for an hour, twice a week (instead of 45 minutes once a week).  She will also begin getting speech at school for 30 minutes a week (to start).  Hopefully more than tripling the speech she receives will help her to really have some even bigger progress, because she's still got a long way to go in the communication department. 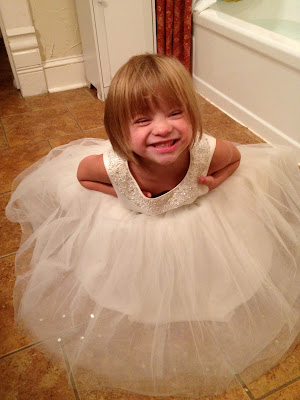 8.  She starts physical therapy tomorrow at a private therapist.  She will get an hour a week there and thirty minutes at school, once a week.  We've seen great improvements in her gait, balance, and muscle strength since she came home just from doing things like running, playing, jumping, and climbing on the swing set.  We want to increase her muscle strength to help eliminate hip dysplasia (which is SCARY!), increase her muscle tone, improve her balance, and improve her gait/bowed legs.  I would say the bowing of her legs has improved by about 75% in just four months, just by having the change to use those muscles regularly.  I know regular PT, although her need is minimal, will bring some great improvements for her. 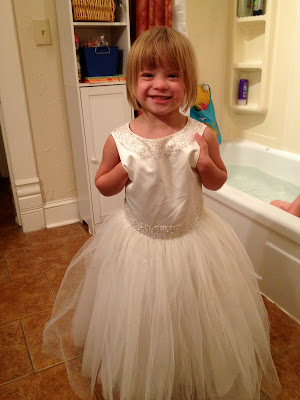 9.  She will be participating in a pageant in November.  Yes, I said pageant.  Look out Honey Boo Boo Child.  No, you will not see me on Toddlers and Tiaras anytime soon.  She will be in the Miss Fabulous Pageant, which is a pageant developed for girls of all ages with disabilities.  Everyone gets to have their hair and makeup done and gets a sash and tiara.  And Lady K is going to be so stinking cute.  Her dress was a flower girl dress my friend's daughter wore in a wedding.  I could just eat Katie up in all of that fanciness. 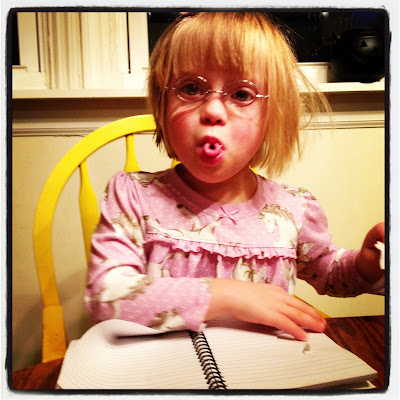 10.  She starts school on Thursday.  I'm sad that she will already be in school, but she will do so well and is super excited to go.  We've met her teacher several times, and Katie really likes her.
11.  We had her IEP meeting yesterday, and I was very anxious about how it would go.  It was great - we have set some good goals for Katie to work toward a typical Kindergarten class.  Some of them are about increasing her communication skills, some are "life skills" goals, and some are things like being able to match colors, animals, shapes, etc., being able to trace lines and squiggles, recognizing the letters of her first name, and other academic goals.  I am so excited to see her progress and am thrilled with the teacher she's got.  Her teacher really will challenge Katie I think, which is exactly what we want. 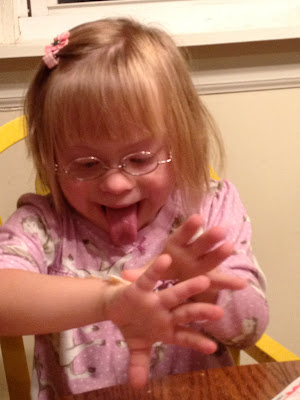 12.  I think the part of Katie being home that I like to watch the most is her with her brothers.  They each have a different relationship with her, but Henry is in love with her.  He is such a caring, gentle, sweet brother to her.  He is so proud of her all the time, and wants to always tell me when he sees her do something that makes him happy.  He reads to her, helps her brush her teeth, helps her on the swing set, and holds her hand.  He's such a fantastic boy, and Katie is so lucky to have him.  He makes me proud every day of the way he loves his sister. 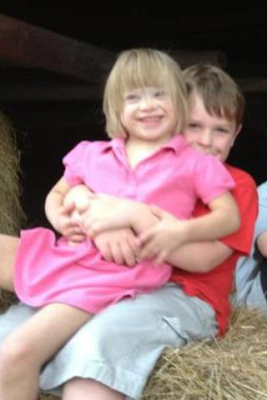