I left for our third, and last trip, on Monday.
Before I left, Jack had to make sure the blocks Kelly sent for Katie worked. 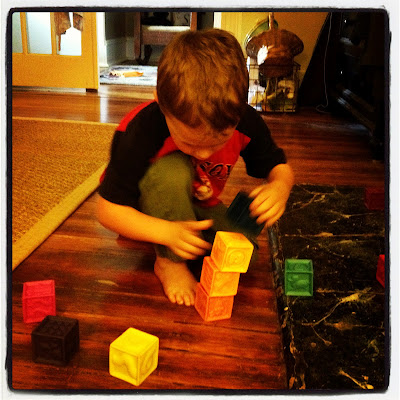 He also had to test my pillow in the car.
It works. 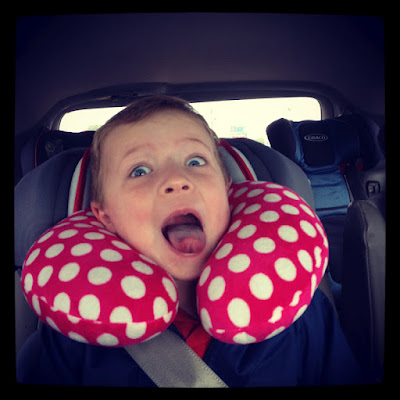 I was unsure if the airline would allow me to bring my stroller because I didn't have Katie with me.  And I didn't want to pay for it, because I already had to pay $100 to check a second bag.  I was able to bring the stroller as a gate check item.  At first I felt like I didn't want to drag it with me around three airports before I got to Russia.  Then it was like a lightbulb went off.  HELLO!  Personal luggage cart.  I plopped my backpack in and off I went.  I got several strange looks when people realized my husband and child weren't trailing behind, but it was so perfect.  I also used it as a footstool, and when you're sitting in an uncomfortable airport chair for several hours, do not underestimate the value of a footstool. 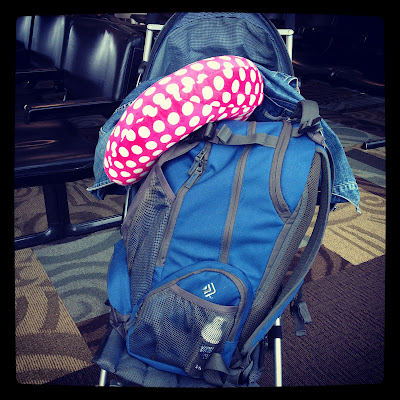 My flights were non-eventful, which is just the way I like them.
The person who designed this tunnel between terminals in Detroit clearly did drugs.  It's got multi-colored changing lights and some "soothing" music playing.  I was very amused. 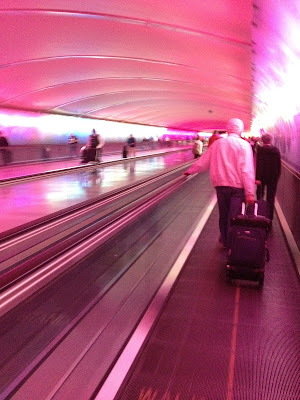 Flat Stanley is with me and loved Detroit!
I had a five hour layover in Detroit.  I read an entire book, ate alone (which was such a treat!) and got my nails done.  The Detroit airport is surprisingly very nice. 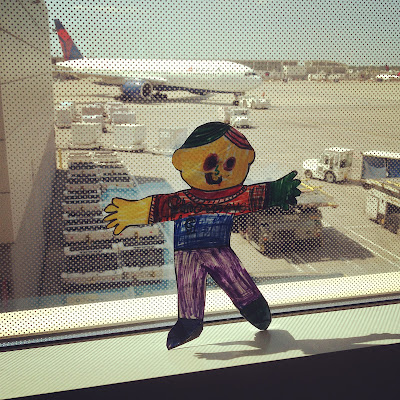 I flew from Detroit to Amsterdam.  I really like the Amsterdam airport.  It's clean, lots of things to look at, several small shops, and the people are friendly and speak English.  We fly back through there on the way home. 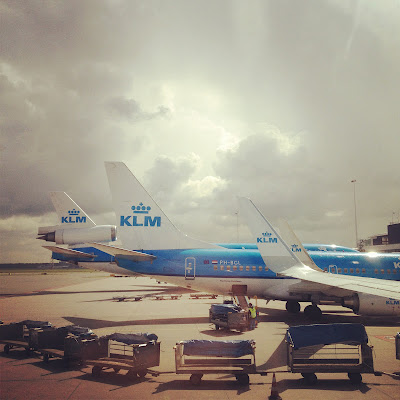 When we were arriving in Moscow, I was so excited to see all of the green!  Our last two trips were sort of dreary, cold, wet, and snowy.  It's like a different country now. 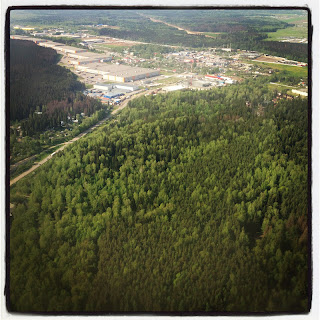 Everything is green grass and blue skies.  It was such a welcome sight after traveling for over 24 hours. The weather is fantastic too - in the 70s. 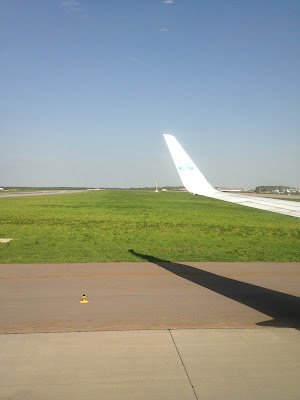 We went from the airport to the facilitator's apartment to sign embassy paperwork.  Flat Stanley helped with that also.  That paperwork will be filed for her Visa so we can come HOME! 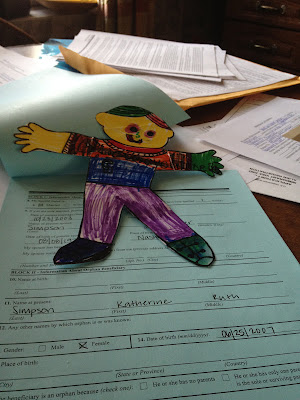 We stopped to pick up a few groceries, and I finally got back to the apartment five and a half hours after I landed.  It was a loooong day.  I unpacked, got things ready for the morning, and went to bed.  I was so excited for Wednesday.......Gotcha Day!
Posted by Unknown at 21:04