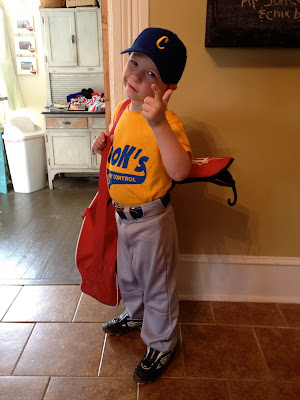 His first game was Monday night.  He was SO excited.  When he got up Monday, he game downstairs in his baseball pants and said, "It's baseball day baby!"  He was ready! 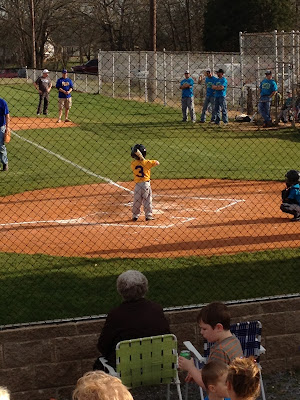 He hit the first pitch thrown to him and got on base!
How tiny does he look out there?!  His team is 5-6 year olds.  It's based on your January 1 age (and really Jack was four then) so some of the kids are really already seven or are turning seven very soon.  He just turned five, so he's literally the smallest kid on his team.  And probably the scrappiest. 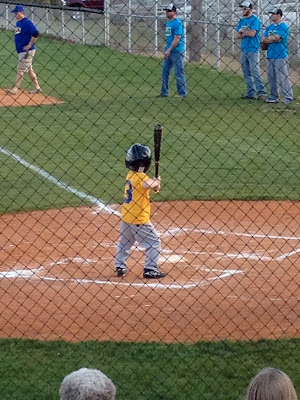 He was up three times to bat, got three hits, and made it to first or second base each time.  His team won 14-0!  He was so happy and proud of himself.  And he told me all about it at 2:00 a.m. when he couldn't sleep because of his excitement.  Here's to a great season!
Posted by Unknown at 23:30