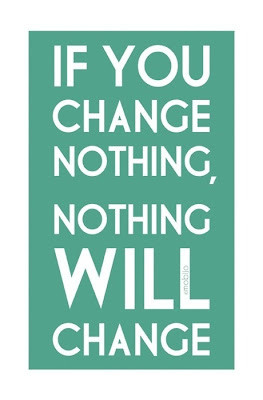 Let's be honest.
I've been fat for a long time.  Like, pretty much my whole life.  Let's not call it chubby or heavy or overweight.  I was obese.  There's not any reason to call it anything other than what it is.   I'm not really sure why, and it doesn't really matter.  I love food - I love cooking food, I love eating food.  That's a bad combination, and it leads to this: 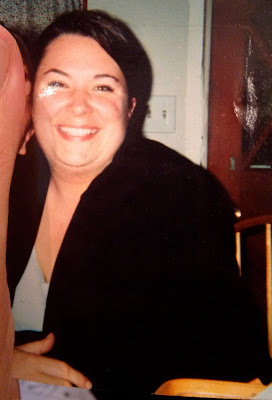 Are you kidding me?  I cannot believe that I looked like that.
And I looked like that for a long, long time.  I looked like that before I had children.  I have been overweight pretty much my entire life.  I think eighth grade is when it really started.  I'm not sure why - nothing happened to me.  I didn't have some traumatic life.  I have a great family, I wasn't abused, I have no "reason" I was so fat.  Other than I ate too much, ate the wrong things, and had absolutely no concept of portion control.  In college that just got worse.  And add alcohol to that mix and it just packed on some more pounds.
I have always had great self confidence, even when I was that fat.  I always had tons of friends, was involved in lots of activities in school, always had a boyfriend (and not fat girl boyfriends - cute boyfriends!), had great jobs, and met my husband when I looked like that.  Being fat - really fat - never seemed to impact my life.
So then I got married and had four pregnancies in four years.  Right, when you're already fat, that doesn't do much for you.  I would get pregnant, lose a bunch of weight, get pregnant again, lose a bunch of weight, repeat, repeat.  When I delivered Jack I weighed way, way more than I could ever imagine I would weigh.  That was over five years ago.  In June 2012 (four years and five months after Jack was born, mind you) I weighed the same freaking amount I weighed the day I delivered Jack.  Except I wasn't nine months pregnant anymore.  My "baby" was four and a half.  What the hell?  And nobody ever told me that I should lose some weight.  No doctor ever said I was overweight.  (Like I didn't know. . . )  Instead there were passive/aggressive comments.  Really?  If you're going to make those comments, just say, "Hey Kim, you're way too heavy.  You need to lose some weight."  But here's the thing - even if someone had told me that, I wouldn't have lost weight.  I needed to be ready to do it.  Losing weight, as anyone who has actually lost a significant amount of weight can tell you, isn't about what you eat; it's about what you think.
Last year I realized I had four children and no energy.  When they wanted me to play outside, I didn't want to.  When they wanted to go to the park, I didn't feel like it.  I woke up one day and did not want to be that way anymore.  I also realized that if I continued the lifestyle I was leading, I would have health problems eventually.  It was only a matter of time.  You see, there is a loooong history of heart disease in my family.  Like, everyone on my dad's side of the family.  Risk factors for heart disease?  Among other things factors are family history, poor diet, obesity, and physical inactivity.  My father had a heart attack when he was forty-five years old.  And he didn't have four little kids.  I realized that I would do everything I could to ensure that I have a long, healthy, active life with my children.  I owe them that.  I also owe it to them to set a better example than I was setting.  I do not want my children to struggle with their weight for their entire adult lives.  It sucks.

This is me now.
I've lost over forty pounds since October.  I started the process with an AdvoCare 24 Day Challenge and started eating clean.  In that twenty-four days I lost fifteen pounds and felt amazing.  I've lost weight before, but it never lasted.  This will last.  Before I think I wasn't really ready to make true lifestyle changes.   Now I work out.  I've completely changed what I eat, when I eat, how I eat, and why I eat.  I've stopped only taking care of everyone else and started taking care of myself.  Nobody else is going to do it for me!
I'm not skinny, and I probably never will be.  And that's totally OK with me.  I want to be healthy, not skinny.  I want my children to make the right choices with nutrition and exercise and what they put in their bodies and why, and I have to be the person to model those choices for them.  I have more energy than ever before.  I sleep all night without waking up.  I don't have trouble falling asleep.  I am excited to ride bikes with my kids instead of doing it and feeling like crap when we're done.  My skin has never been better.  My clothes fit so much better (uh, or don't fit at all).  There is not one single way I do not feel better than I used to.  And I'm not done.  I'd like to lose about fifty more pounds.  I want to do a triathlon.  I want to finish a half marathon (walking or running - either is fine with me).  If I keep doing what I've been doing, I should be able to lose those fifty pounds by January 1st.  And there's a half marathon with my name written all over it in October.
I'm really proud of myself, and I have no qualms about saying that.  Losing weight is not easy.  Being consistent and losing it slowly over an extended period of time is really not easy.  But I also can't say it's been hard.  And it has been so, so worth it.
Posted by Unknown at 23:30