Today's post is written by a guest poster - Misty! 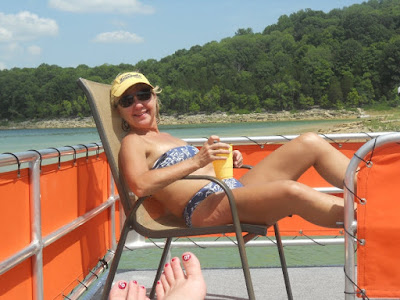 I like to think of her as my unintentional friend.
Kathy’s daughter, Jessica, and I have been friends since second grade.  Four years ago, Adam and I bought our current home two streets over from Kathy’s (the same house that her daughter and I once threw more parties than I’d care to admit to). When I decided last year that I’d run my first half marathon, Kathy was the only person crazy brave enough to join me. Although she’s always been fit, she’d never been a runner and having always been fat, neither had I. We both had reasons for wanting to run a half marathon:  She to celebrate her upcoming 50th birthday, I to celebrate my recent weight loss.  And from there, a very unique friendship was formed. 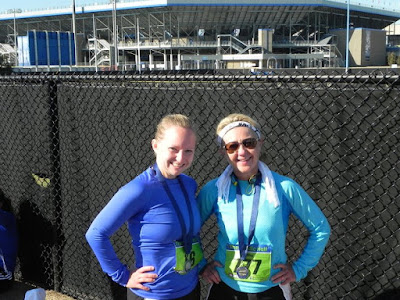 (Me and Kathy, after finishing The Middle Half last year  You have to be pretty awesome to run a 13.1 in Ray-Ban aviators…)
Since running her first half marathon last October, she’s since run two more, will run The Middle Half again this year, and will join me in the Ragnar Relay race.  As if that alone didn’t make her cool, Kathy has been riding Harley Davidsons for over twenty years and has been known to drink 13.1 Bud Lights after a race.  (You didn’t hear that from me!) She takes cool vacations and has even cooler running clothes.  She has a contagious laugh, a smile that lights up a room, and a heart of gold. She’s terribly loyal and, at times, had faith in me when I didn’t have it in myself. Of all my friends, Kathy was the only one to not only join Run for Kate but she did so without hesitation and without me even asking. This doesn’t surprise me, she’s super generous. 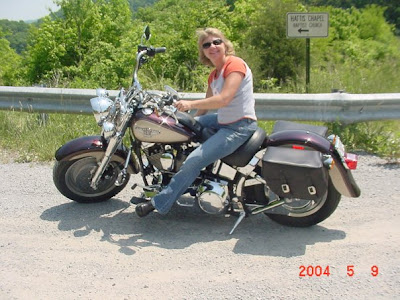 (Kathy with really bad hair.)
Recently Kathy was dealt a very hard loss, the kind that would cripple most people for weeks or months.  But not Kathy. She cried her tears, said her goodbyes, then strapped on her running shoes and ran. Her strength is amazingly heroic.
And even more recently, Kathy became a grandmother: 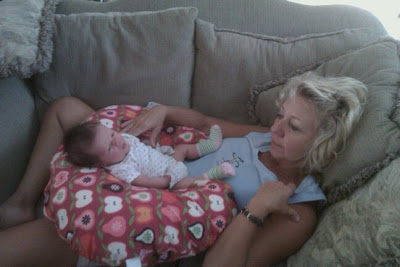 (Layla Jane sure is one lucky kid.)
Running the Middle Half again will be bittersweet for Kathy.  Her biggest supporter will not be cheering her on from the sidelines this year.
But I will be.  I will be with her every step of the way.
Posted by Unknown at 13:24