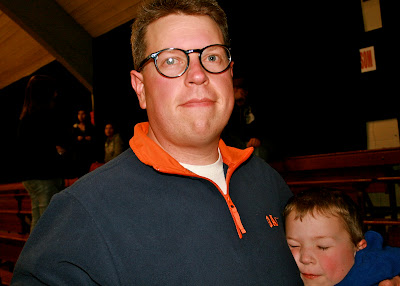 The boys' school has a great drama department.  For such a small elementary school, they do really great musical performances once a year.  Last year David was an Oompa Loompa in Willy Wonka, Jr. and he did a fantastic job.  This year, both boys tried out and got musical parts as "street kids" and "businessmen".  They did an AWESOME job!!  The play was so well done, and everyone did an amazing job.  To see such little kids remember all of the choreography, lines, songs, marks, and everything that goes along with putting on a play is fantastic.  I am so proud of them. 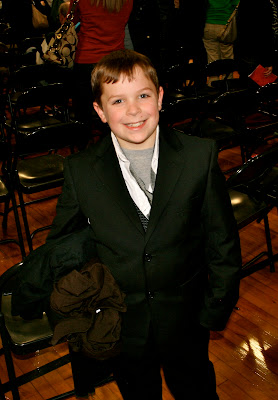 And when did these two boys get so unbelievably grown up and handsome?
I seriously feel like it happened overnight. 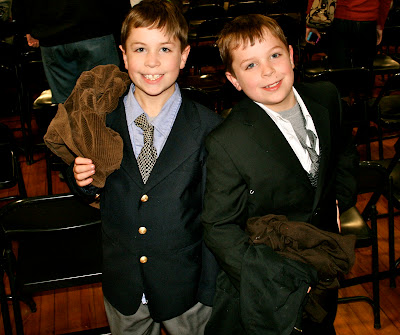 And Jack, our resident thespian. . . He will either make the drama department very, very proud someday or will irritate them beyond belief. 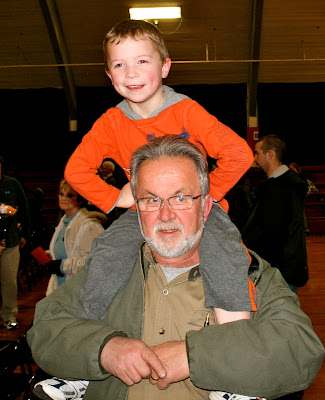 He's memorized almost every line in Annie (and that is not an exaggeration - he's obsessed and wants to be Annie for Halloween) and has been acting it out for a week.  I will leave you with his favorite scene (which was a bit less . . . salacious . . . in the performance at school!).  He's been dressing as Rooster and making me act this scene out, complete with dancing and singing and rummaging through boxes looking for Annie's locket, since Thursday.
Posted by Unknown at 03:40