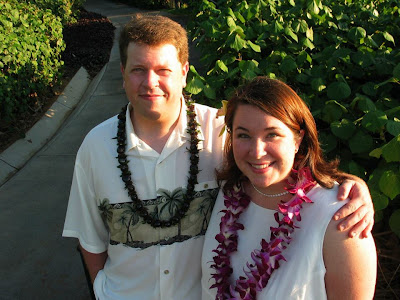 Nine years ago, we went to Maui and got married.  Just the two of us.  We had known each other for four months.  Nine years, eight surgeries, seven cars, six round trip Russian plane tickets, five vacations, four children, three houses, two dogs, and one great ride later, marrying him was still the best crazy thing I've ever done.
Posted by Unknown at 18:09