We had a great week last week! 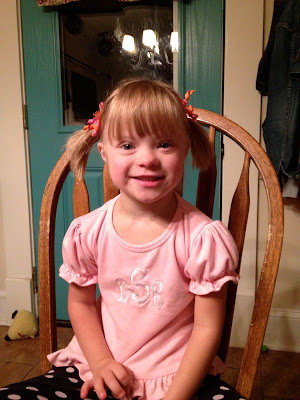 Sweet KR is loving school.  On school days she is dressed, fed, washed up, and hair done by about 6:15.  She is so excited and ready to go. 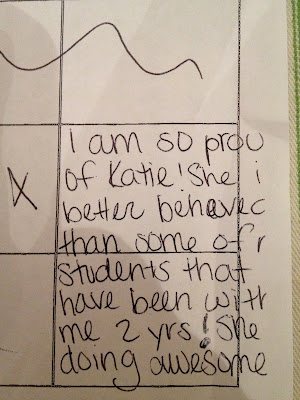 And school is loving her.  She is doing so great, and we're adding another day each week, starting next week. 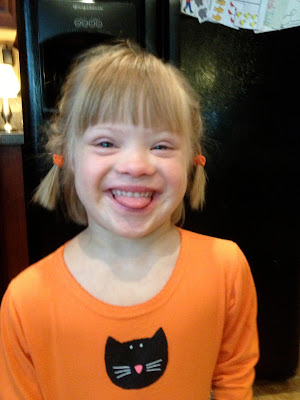 Her hair is finally getting long enough to do some little pigtails, braids, et cetera.  And I am SO glad.  And, as a side note, because she loves school so much and loves her teacher, she keeps her bows and pigtails in for school!  I make a big deal about being pretty for school and she doesn't touch them.  She does say every.single.time. I do her hair, "Booboo!  Booboo!"  I think that they did her hair so tightly in Russia that she is afraid it's going to hurt when we put it up.  :(  Once it's done though, she seems to just forget about it.

Saturday we went to Bella Rustica at Milky Way Farms.  It was a "barn sale", and it was fantastic!  Next year?  My mama and I will go with no kids.  Or with just one or two.  They were not interested in anything but rolling down hills and eating. 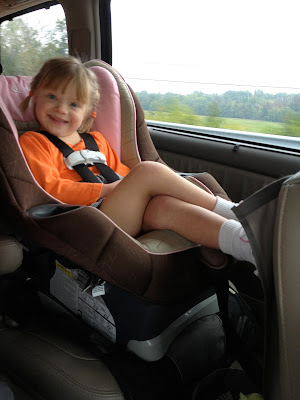 Katie looked so cute in her little Halloween dress.  And let's talk about her with her legs crossed looking like a 15 year old in a car seat.... 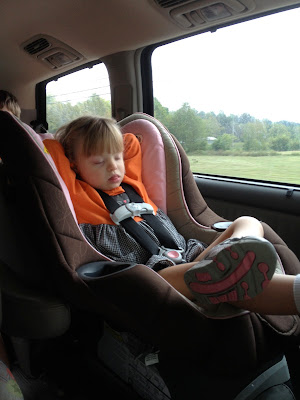 The cute dress was short lived, however, because she fell asleep in the car and had a potty accident.  Don't worry - I packed back up skinny jeans just in case. 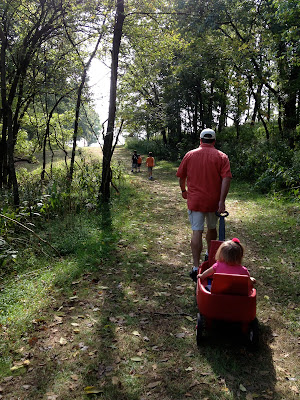 The property was beautiful, and the boys loved picking up acorns and rocks, throwing sticks, and just tromping around outside. 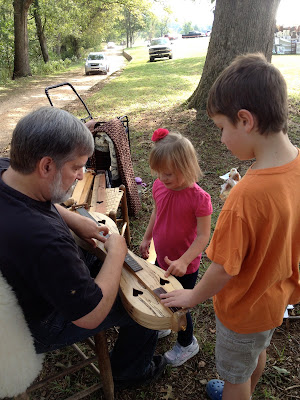 There was a man there playing the dulcimer, which he also made, and he was SO wonderful with the children.  He first let them touch the instrument while he was playing so they could feel the vibrations. 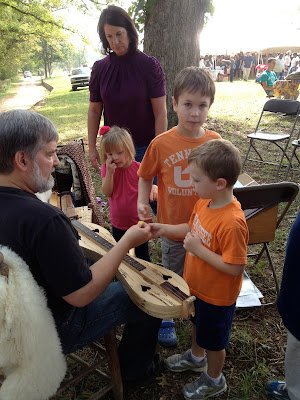 Next he let them each have a turn playing it.  They all loved it!  He was such a patient man and was so nice to all of the kids but really sweet to Katie. 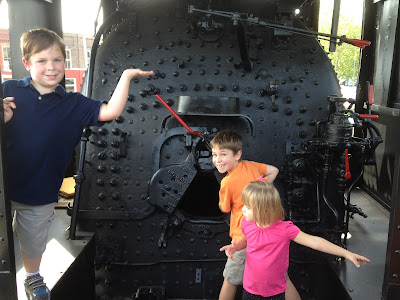 Next we went to the Lynnville Railroad Museum. 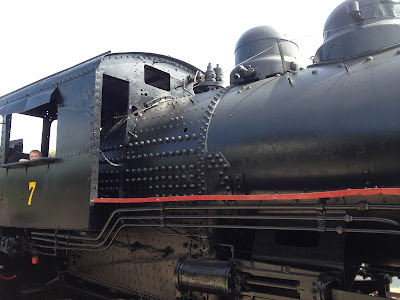 They have a neat train that you can climb all over, go inside, and learn about trains and the Mars family. 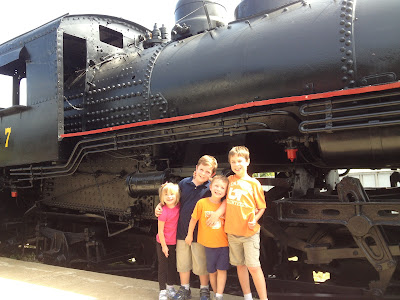 The train is huge.
The kids, of course, loved it. 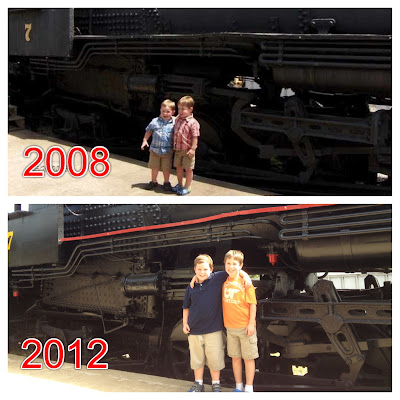 We have been here once before . . . Chris and I brought the big boys when they were not so big.  I remember that trip so clearly.  We left Jack with my mom (he was five months old) and brought the boys in 2008.  Look at the difference!  Clearly we have to come back in four more years and take another. 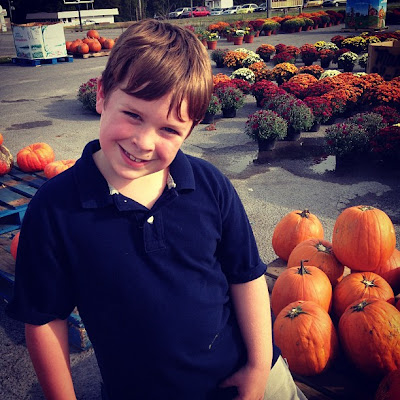 Saturday afternoon we got a couple of pumpkins.  We take some fall decorating seriously around here, and Chris is the master pumpkin carver.  For real - it will be hard to beat the pumpkins we've had in previous years. 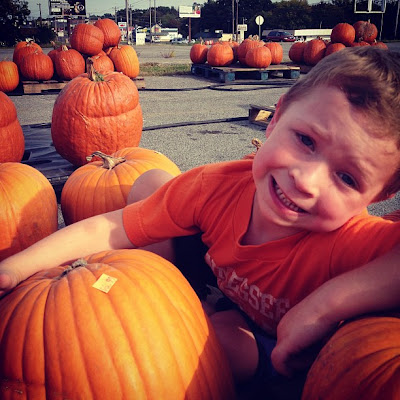 Jack wants to carve his with the Bat signal. . . which he had two years ago.  You know, when he was TWO YEARS OLD.  And he constantly talks about it! 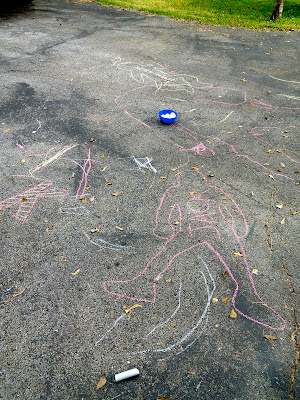 Sunday morning I played outside with Jack and Katie.  It was early, and K was in her jammies and rain boots. 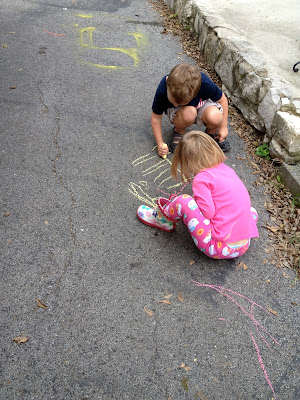 We played with chalk, and Jack thought it was hilarious to lay on the ground and hold the hand of his chalk outline. 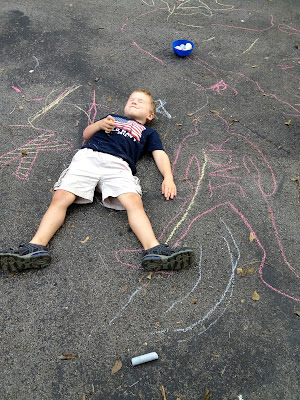 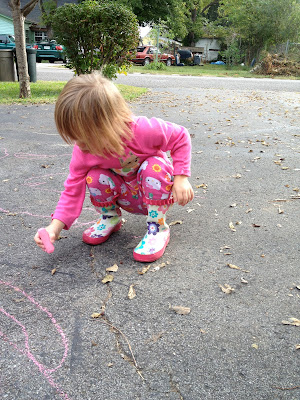 My girl loves to play outside.  She and Jack would both rather be out than in. 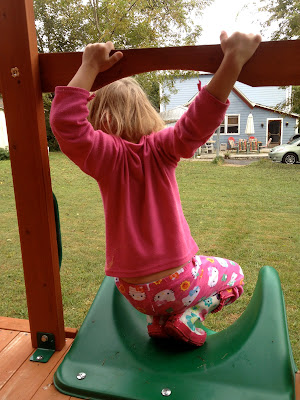 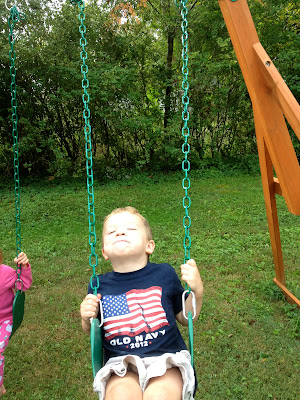 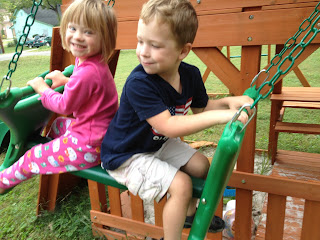 We also painted some pumpkins, and Katie is so proud of her's! 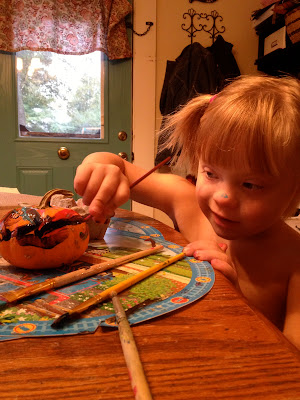 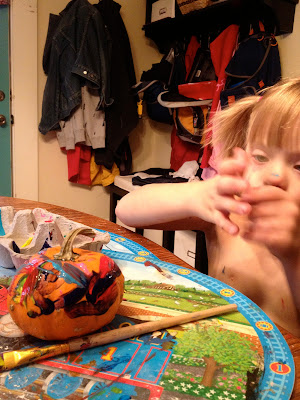 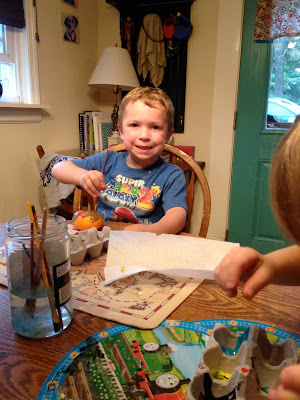 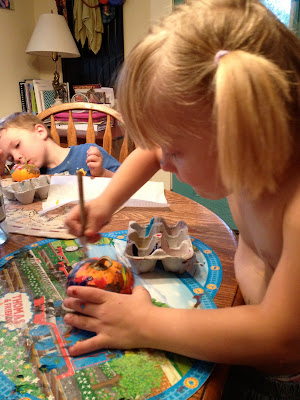